Those that are new to the arts of Chinese health and wellness might wonder what is the relationship between Tai Chi and Qi Gong. They might wonder if one can exist without the other and what relationship the two moving art forms may have. A closer look at both can yield the desired answers.

First, Qi Gong training entails the cultivation of the flow of Qi through the meridians on the body. Qi Gong training can be performed in a variety of ways. Most will turn to the much more accessible internal martial art of Tai Chi.

Actually, there are three styles of Tai Chi one can study: Yang, Chen and Wu. Most systems taught today for health and fitness are rooted in the original Yang style and derive from the Yang 108 form. 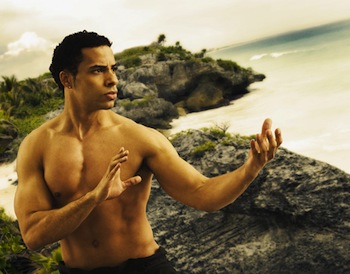 Tai Chi Chaun is commonly thought of as solely being a form of exercise. This is not a completely correct assessment as Tai Chi Chaun translates as “Supreme Ultimate Fist” and it was originally conceived as a form of martial art. However, the style of the art belongs to the internal school of kung fu where it employs very relaxed training methods designed to cultivate health and wellness. The art uses a very drawn out series of forms for posture, movement and breathing. The art also employs a two man moving meditation set known as push hands. In the 1950’s, the Yang 24 form was developed as a simple form that could be practiced or performed by anyone of any age or fitness level. The goal of this form is to enhance health and wellness. For those that wish to delve further into cultivating their Qi Gong, there are scores of Tai Chi exercises which can contribute to such a goal.

The forms of Tai Chi stress moving the body in a slow and controlled manner. Certain postural movements are performed and slow, controlled breathing is a major part of the process. Even those not completely interested in cultivating Qi Gong will find Tai Chi to be excellent for reducing stress and improving many aspects of one’s health.

Tai Chi is also very easy to perform for beginners. Now, it could take a lifetime’s journey to perform the forms in a perfect manner. However, the positive benefits gained from the art can be gained from day one. After all, any exercises you perform to enhance your Qi will aid in its cultivation so it is not necessary to be overly concerned with being perfect right from the start.

The major forms can be broken down into smaller exercises or even just hand movements. These can be very easy to perform and only 10 minutes a day can have a very positive effect. Of course, it is also possible to take part in hour long sessions.

The movements are designed to be performed in a graceful manner because this will allow for the flow of Qi to be much more natural and smooth. Also, when the movements are performed slowly, the potential for minor injuries is reduced.

These exercises can be performed in a fast manner. This would be considered a more dynamic and vigorous form of Tai Chi and Qi Gong training some will find appealing. Generally, those that have a high level of athleticism would gravitate towards the more physical version. That said, the traditional form of Tai Chi Qi Gung training will not require any special athletic skill or talents. People of all ages can take part in Tai Chi workout sessions. In fact, it is a preferred form of exercise for many senior citizens.

For those that want to work on their Qi Gong cultivation with a partner, the aforementioned push hands exercises can be performed. There are scores upon scores of push hands exercises that can be done. Generally, they all involved two people pressing against each other’s wrists and pushing and yielding to force. In addition to being helpful health wise, these exercises are a lot of fun.

Actually, everything about Tai Chi and Qi Gong training is a lot of fun. For those wishing to get the most out of their Qi Gong training, taking up the art of Tai Chi is highly recommended.